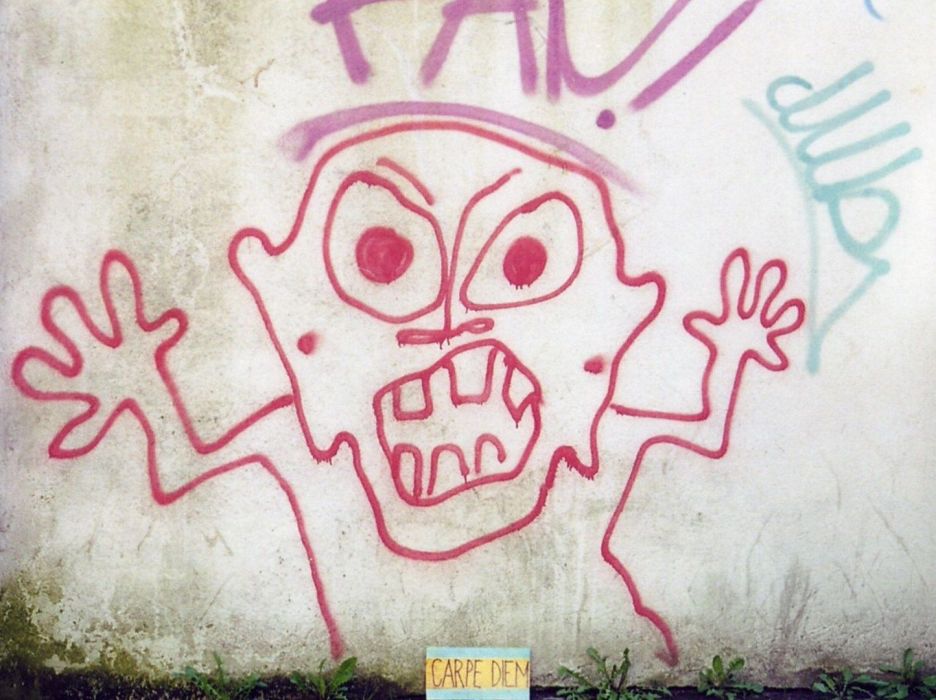 READING BETWEEN THE LINES

I have always desired to travel and I am happy that I can fulfil my wish. From 2001 on I have constantly been travelling between Cologne and Cluj. The two cities are not always direct destinations. Sometimes I end up in Venice, in Budapest, in Seville, in Prague, in Zurich or in other European towns.
In March 2002 I used to live on Hartwichstrasse in Cologne. From the window I saw somebody on the street throwing away his toothbrush. First I thought that this person had at last found a place to stay. Then, that on the contrary he had left any home, and with it his toothbrush. Then, that I would need to know more details to be able to judge the situation. Then, that we should not get caught in details when judging a situation. Then, how weird it is that we can judge a situation without getting caught in anything. Then I made paper slips on which I wrote carpe diem. I left them in the places I travelled: in rooms, on the breakfast table, on the street, in parks, in shops, on the menus in bistros, on windows of homes, in gardens, on graffiti on walls, in railway stations, on airports, on doorbells, on my travelling bag. Sometimes I took photos of them.

I think of myself as a nomad artist and I feel like a middle-aged tortoise. Being a tortoise, I travel slowly and I do not know how much time I have left to let the others know that I am a nomad artist. Maybe I will live long enough to be able to travel enough. Maybe enough is not the right word.